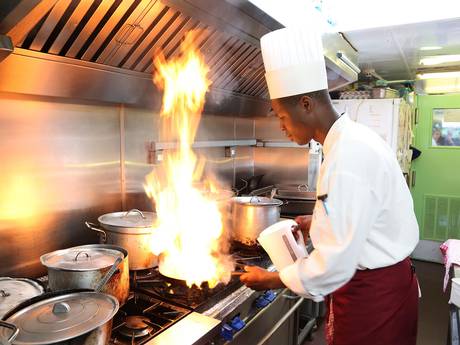 David Gerrie goes in search of some authentic soul food 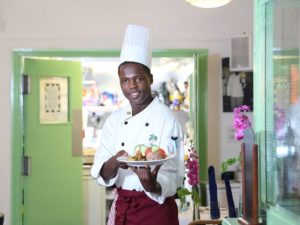 In search of the perfect jerk food while trying to avoid the braying tourist crowds of Jamaica’s Negril resort, we took the advice of a local taxi driver and wound up at an obscure beach shack, standing in front of a cooking device that would have sent health-and-safety officers in this country screaming into the ocean.

In between what looked like massive sheets of char-blackened chicken wire and hulks of smoking logs were sandwiched a variety of lumps of meat. A tiny table in the sweltering heat and a Long Island iced tea later, we were presented with these meaty chunks, accompanied only by a bucket of industrial-strength jerk sauce.

We had ordered a quarter of a chicken each, but, oh my, how we wound up wishing that we’d ordered a whole one. The quick hit of the fiery, crunchy rub, the mellowness of the moist meat inside and the long, long endorphin-releasing rush of that searing sauce made this one of the best lunches we have ever eaten.

Until recently, it’s been nigh-on impossible to replicate that exquisite experience on these shores. True, Levi Roots and his ilk have done much to popularise Caribbean cuisine in the UK, but, apart from in indigenous communities, you still can’t pop down to your local high street for a spot of Caribbean.

Times are changing, though, with London experiencing a new boom in Caribbean eateries and savvy businessmen and West Indian ex-pats spotting Brits’ familiarity with, and love, of intense spicing as well as the ease with which we adapt to foreign cuisines. So it’s time to get to know your callaloo from your cassava and your ackee from your saltfish.

Caribbean cuisine is a blend of African, Amerindian, European, East Indian, Arab and Chinese influences. While each island will have its particularities, most restaurateurs say that some 80 per cent of all Caribbean cooking is centred on Jamaica – its heavy emphasis on jerks and marinades seems to be reflected in most recent UK openings. Like Cajun and West African cooking, Jamaican cuisine has its own Holy Trinity of ingredients – Scotch bonnet peppers, spring onions and fresh thyme.

Outside London, Bristol probably has the largest number of Caribbean restaurants, with Branatic Neufville, the chef/owner of the Rice and Things Exclusive Jamaican Restaurant, emerging as the local guru for all things Jamaican. “Arriving from Jamaica 14 years ago, I saw the acceptance of ethnic foods in the UK,” he explains. “Bristol is a diverse, fast-growing city with guaranteed investment from the food trade and a large, tightly knit, family-oriented Jamaican population.

“Whether you like it or not, Jamaica’s food, music and culture make it the driving force of the Caribbean. Much of our inspiration and many of our ingredients – ginger and marsala – are influenced by other nationalities. In fact, the Chinese and Japanese will tell you our cuisine is a lot like theirs.

“Lots of people tasting Jamaican cooking will say that it tastes like the food that their grandma made. Really authentic Jamaican recipes can be replicated over here, but if you try and fiddle with them or modernise them too much, it will end in tears.”

There are certain rules that should be adhered to, Neufville says. “You must leave the bones in your meat, stab and slash it right down to the bone and lovingly massage your rub or marinade in to the flesh. I’m also a stickler for using authentic Jamaican ingredients, such as wild cinnamon and tamarind, pimento leaf (like a spicy bay leaf), pepper elder – a hillside vine with an incomparable flavour and cayenne-like bird peppers.

But there is a downside, he says, to the growing trend for Caribbean food. “The problem is that a lot of Caribbean people have started cooking a watered-down version of their food over here, because they want to fit in,” he says. “If you had been intoxicated by the food in Jamaica 40 years ago and walked into a lot of today’s UK Caribbean restaurants, the food would taste nothing like it did back then.”

As a final bonus, most of the ingredients needed for replicating Caribbean cuisine at home are readily available at most good supermarkets. You don’t need any hi-tech kitchen widgetry and if you’re looking for a foreign cuisine that instantly transports you to its original home, there really isn’t any finer example.

But remember, it’s soul food, so take your time and always cook it with your heart rather than your head.

Taken from the article by David Gerrie in the Independent Newspaper on 28/08/14.
Read the full article here: http://www.independent.co.uk/life-style/food-and-drink/features/caribbean-cuisine-is-becoming-increasingly-popular-in-the-uk–and-theres-more-to-it-than-jerk-chicken-at-carnival-9698009.html